Check your message on Message Center. The supplier will contacts you as soon as possible. 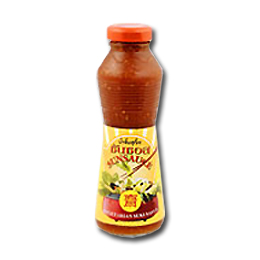 Check your message on Message Center. The supplier will contacts you as soon as possible.

Sunsauce Foods Corp., Ltd., established in 1997, was founded in order to produce seasoning sauce under the name “SUNSAUCE”. It was founded by MR Natdanai Thanakamalapradit, the company’s current President. Before becoming the seasoning sauce manufacturer it is today, SUNSAUCE started as a single restaurant. Back in 1992, when Suki restaurants were becoming popular in Thailand, Mr. Natdanai has decided to open his own Suki restaurant in Amphur Hua Hin, Prachuap Khiri Kan Province, named “SUNSHINE SUKI RESTAURANT”. The restaurant became very popular and well-known amongst local people and tourists because of its good taste, fresh, clean ingredients, and reasonable price. The restaurant’s secret ingredient hot and spicy sauce was also one of the main attractions that kept the customers coming. In 1997, Mr Natdanai came up with an idea to produce bottled suki sauce for customers who want to enjoy suki meals at home. Accordingly, the first factory was built in Amphur Nongyaplong, Petchaburi Province, on 300 acres of land. The land was divided into 50 acres of factory space and 250 acres of chili farms in order to self-supply high quality fresh chili. Since then, SUNSAUCE has become the first bottled, Cantonese style suki sauce manufacturer in Thailand. Later on, it broadened its line of products to include Chili sauce, Chicken sauce, Seafood sauce, Barbeque sauce and many more.