MIFB 2015 Highlights
MIFB 2015 were officiated by YB Dato' Seri Mohamed Nazri bin Abdul Aziz, Minister of Tourism & Culture Malaysia on 11th June 2015. He mentioned in his speech, saying that the food & beverage industry in Malaysia are growing and have a lot of untapped potential to be discovered. The opening ceremony were attended by the organizer, media partners as well as some participating exhibitors. MIFB 2015 attracted more than 8,000 trade visitors from around the world. Participating exhibitors were from numerous industry including sweets & confectioneries, beverages, canned products, dairy products, food ingredients, frozen food, halal food, food technologies and machineries, food services and many more. A total of 234 exhibitors participated in this year MIFB; from Malaysia and other countries like Taiwan, Korea, Indonesia and China. These exhibitors occupied 4 halls in KLCC Convention Centre which take around 7,465 sqm. 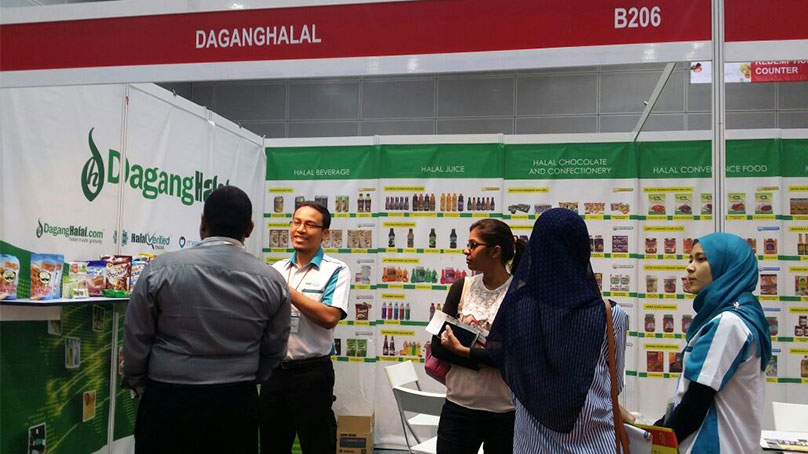 On top of that, 100 copies of HMag were distributed to all the trade visitors in MIFB 2015 for them to give insights about the current Halal trends, news and offerings. A total of 21 serious buying request from the trade visitors were collected during the 3 days trade fair. These buying requests will be posted in the DagangHalal.com portal via Halal Trade Manager. MIFB Themes:
There were 4 major thematic focuses in MIFB 2015 namely; Fisheries / Seafood, Halal products, International Pavilions, and lastly, Tea & Coffee. Among the highlights in MIFB 2015 were business matching session between industry players and buyers. On top of that, there were plenty of seminars & presentation on food business opportunities, innovation & technologies.