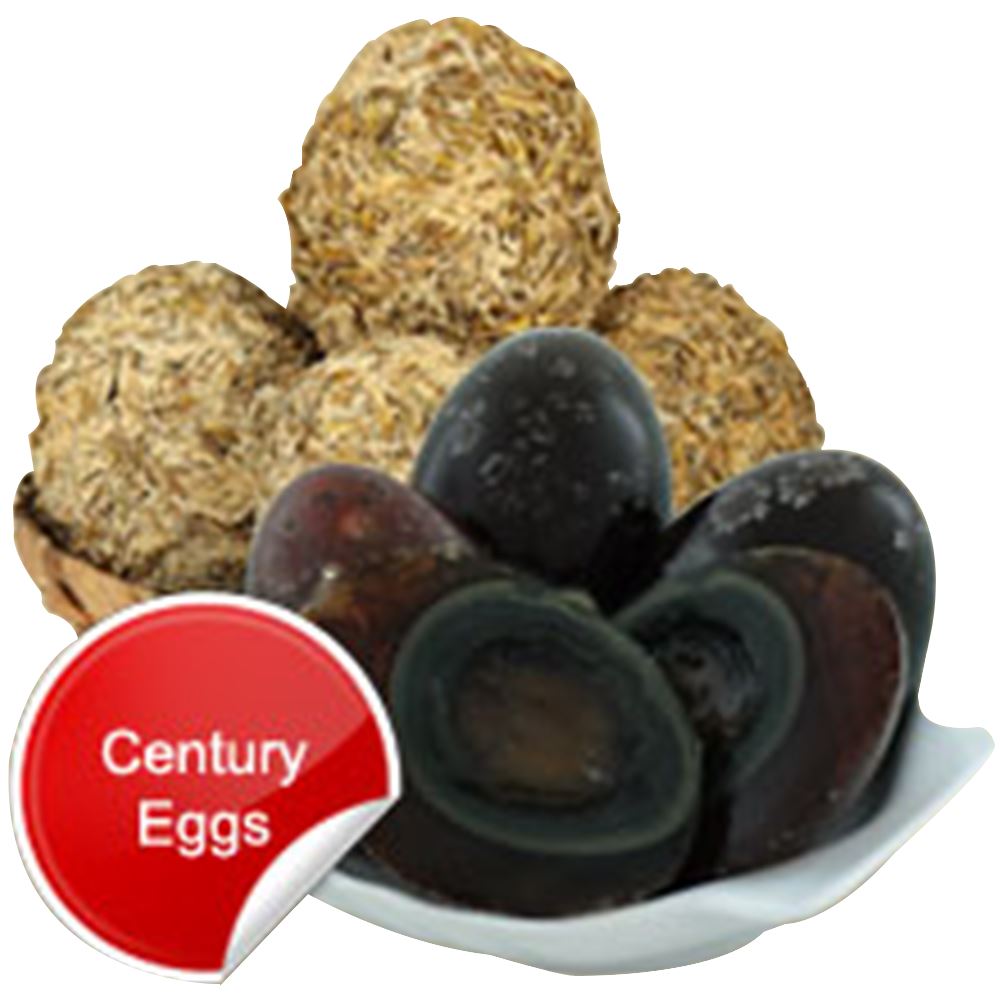 Usage: This section will contain instructions on how to enjoy the Cap Tiga A brand of duck century egg.

First and foremost, approach your duck's century-old eggs storage container. then, pull the cupboard door wide open by holding the handle with one hand. When the closet door is open, take your hand off the knob, carefully remove the packet of century eggs from the storage place, set it close to the sinks, and afterward, shut the cabinet door back. The next step is, to walk to the area where the dishes are located, take out 2 bowls, and set each one aside next to the bundle of duck century egg.

After that, take a knife with one hand. Then, while holding the wrapping box with the other hand to support you, gently hold the knife and simply cut the top off the box of hundred-year duck eggs. Place the knife back in the compartment once the package box has been successfully opened. Now, pick a few preserved duck eggs you want and put them in one of the bowls that are duck century eggs are easy to wash because it is rather tough to remove the rice husk that has adhered around the preserved egg.

Then, use a hand, and carry duck century eggs that have been soaked in a bowl of water to the dishwasher. quickly, turned the sink's head to turn on the water while using the other hand. Afterward, one hand, rinse the duck's century-old eggs under the faucet while beginning to scrape the leftover rice husk until the century eggs are clean and reveal the mottled shell. Continue this process until all of the duck-preserved eggs are spotless.

After that, fracture the thousand-year duck eggs shells until they crack and carefully peel off the skins with both hands, just like how you peel a boiled egg. When the century egg shells have all been removed, a brownish tone is on exhibit. The browned duck century egg should be rinsed in the final stage and afterward chopped with a knife into the desired size. It can now be served, so you can savor the flavor of the duck century egg. Remember, the Chinese preserved egg is ready to eat, so you may consume it without cooking it.

Packaging: Lai Hin Trading has customized the duck millennium eggs packaging to fulfill the needs of each of its customers, from small businesses to multinational corporations. The packaging for century eggs is available in three size categories: 0.099g x 160 pieces per carton, 700 pallets per 20-foot container, and 1400 pallets per 40-foot container. If these preserved duck eggs are going to be utilized regularly or for a small business, the consumer can get them in a carton type. However, in the event of large-scale food production, the package size should be chosen as either 700 pallets per 20ft container or 1400 pallets per 40ft container.

What emotions would you have if the egg you were going to eat was almost completely black? Do you intend to consume it? If you said "no," you are a complete loser. Why did I say that? This is because the thousand-year egg is easily accessible since it is available in stores and it has a distinct egg taste when eaten.

What is a Chinese century egg?

The black eggs were discovered centuries ago in Ming Dynasty in China. Old eggs are not balot since it is not embryonic duckling growing in a fertilized egg. In the Philippines, a typical street snack called balut is extremely well-known. A hatched growth egg fetus known as balot is consumed right from the eggshell after already been boiled. Duck eggs are widely used in the production of balut. The duck egg that will go through the brooding process in around 18 days is the one chosen to be used as a balot. Preserved duck eggs are definitely not the same as balot. Meanwhile, pi dan is a typical bird egg that has been preserved with specific substances for a while. The market offers a variety of preserved egg products, including goose old egg, quail pi dan, chicken century egg, and duck black egg. However, duck century eggs are the most favored and well-liked among the locals. Duck century egg is a traditional egg dish popular throughout Asia, especially among Chinese people. Duck leather eggs have a dark brown tint that replaces the egg white by having a jelly-like texture, while the egg yolk component turns a green-gray color. Based on the physical looks, a pi dan may look similar to a rotten egg but the taste itself is very unique and very creamy.

Why does an entirely white egg become black? Here, allow me to explain how preserved duck eggs are possible. Technically, to produce duck century egg, regular duck eggs must be matured for several months. The nutrients required to make century eggs are equivalent to a water solution combining clay, ash, salt, and lime juice. The duck eggs will then be fully covered with paddy hulls after being perfectly coated by the fluid. The white, pristine egg turns brownish due to a chemical reaction between the ingredients used to produce the century egg. Interestingly, the Chinese preserved egg does not need to be cooked before eating once it is ripe. The curing method used in the creation of preservation eggs may affect omelet color changes and become an egg that is a ready-to-eat concept. How do you determine whether the duck century egg we enjoy was preserved properly? The solution is that once the black egg is peeled, a snowflake-like design will show on its surface.

Black eggs are particularly popular among Chinese people. The duck century egg is not only consumed during the feast but is also a comfort food for the Chinese people. Various egg dishes might be generated by using the duck century egg. Chinese folks always eat preserved duck eggs with porridge or even known as congee as a side dish or a topping. Furthermore, the hundred-year egg is utilized as one of the elements in the making of egg salad recipes. Additionally, Chinese cuisine includes preserved eggs as one of its main meals, which are served with steamed tofu, sliced garlic, ginger, and sauce. Besides, duck thousand-year-old eggs also can be cooked in a dish called kung pao using soy sauce.

Lai Hin Trading is devoted to manufacturing duck century eggs to promote the black eggs, primarily in Malaysia because many people are unaware of the existence of these old eggs and mistake duck thousand-year eggs as rotten eggs. Additionally, while the process of producing these preserved duck eggs is quite complex, Lai Hin Trading's production of duck century eggs will be able to assist customers in enjoying this delectable egg taste conveniently and promptly.

- Practice the ready-to-eat notion.
- The century eggs textured is moderately hard.
- Comes in a compact size.
- Net weight of approximately 0.099 grams.
- Movable everywhere and at any time.
- One-year shelf life. 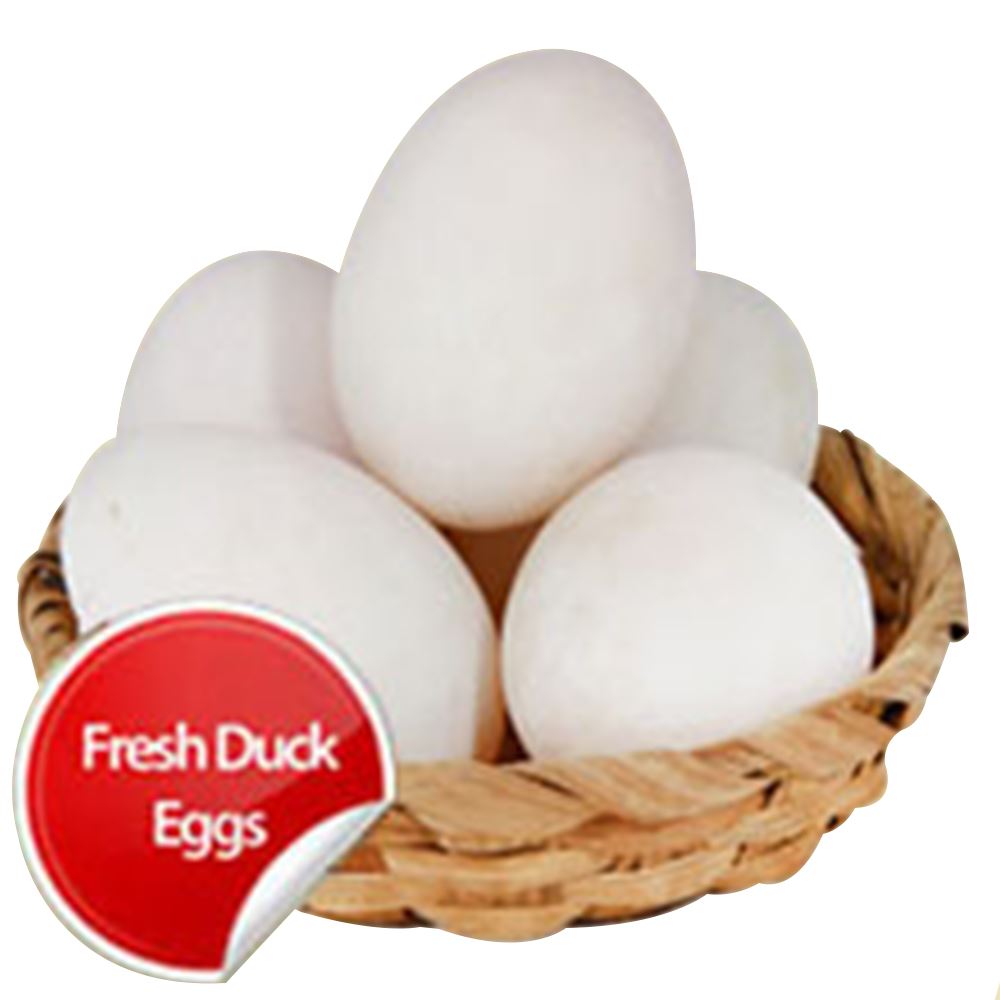 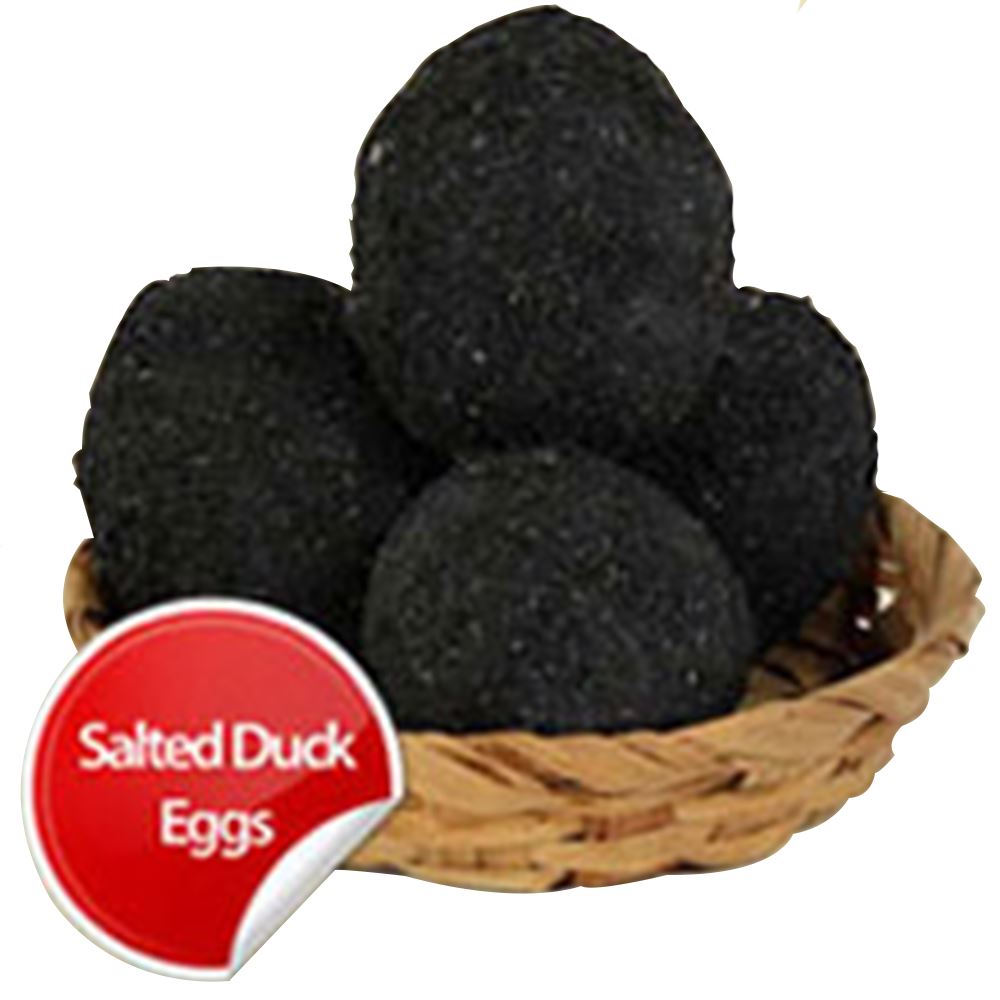 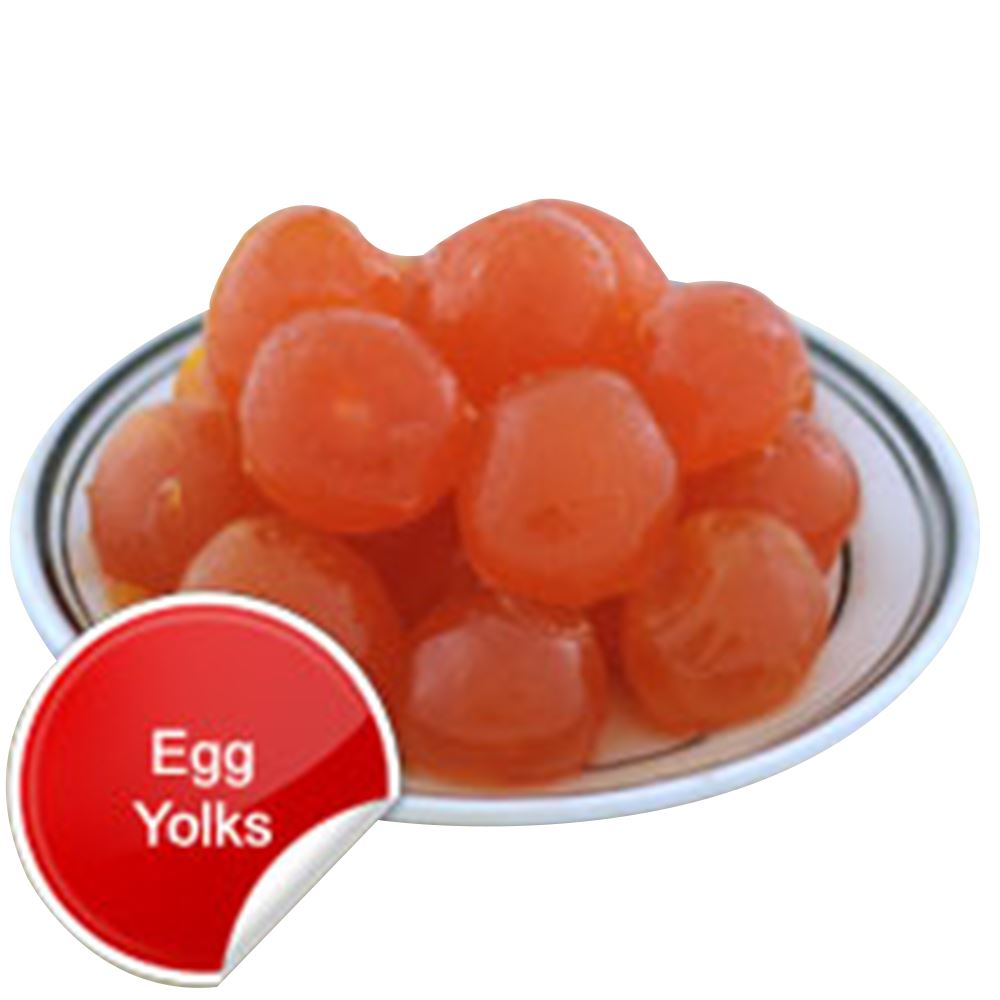